The Beast of the Western Wilds: a Witch Hunter Tale

Please enjoy this prequel to Witch Hunter entitled The Beast of the Western Wilds. You can support us by purchasing the download, which would help us to create more Witch Hunter stories, but you can listen to it streaming as well.

Posted by Clark Kent Without Glasses  |  February 7, 2018 | Categories: Other stuff | Leave a comment

Announcing ‘The Beast of the Western Wilds’ 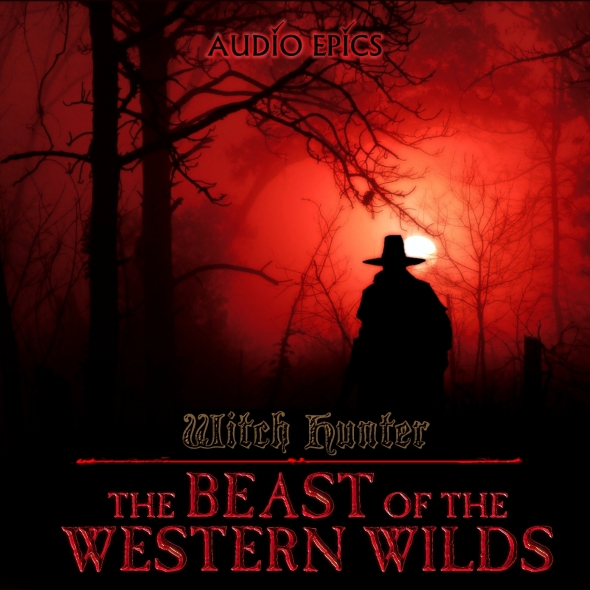 Our new production, The Beast of the Western Wilds, has been written. It’s a new adventure set before the events in Witch Hunter. Ludlov is once more the protagonist in this gothic horror extravaganza that takes place in the wilderness far from the well-known streets of Sevenpeaks.

The Beast of the Western Wilds can be enjoyed with no previous knowledge of Witch Hunter, although that dramatized audiobook can be enjoyed for free on Bandcamp, YouTube and Podbean, so why wouldn’t you?

Like Witch Hunter, we will release this story both as an e-book and as a dramatized audiobook. The audio version will feature multiple voice actors, sound effects and an original music score. Recording is set to begin in July.

You can listen to the entire WITCH HUNTER story for free on YouTube now!

Witch Hunter has been a labour of love for us. We greatly appreciate your feedback.
In addition, you can support us by purchasing Witch Hunter in one of several ways:

You can also support us non-financially, which we appreciate just as much!

So we’ve decided to turn Witch Hunter into a podcast! The first episode is now online! Every week a new chapter will be released.

We have come to it at last… Witch Hunter released on Bandcamp today!

“Witch Hunter: The Dramatized Audiobook” is now available for purchase on Bandcamp.

We have worked long and hard on this 13-hour epic and we hope that you will enjoy it.

For a limited time, we’re including a special launch promotion! Share Audio Epics posts about Witch Hunter on Facebook to receive a 50% discount code for the audiobook!

The end of the Chronicles… The beginning of Witch Hunter!

We have posted a new article on audioepics.com about the end of The Witch Hunter Chronicles… Which is also the beginning of Witch Hunter, including a very interesting holiday season deal indeed! 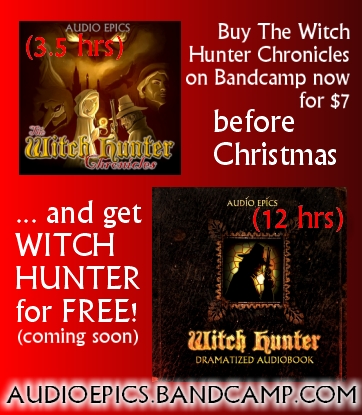 At last, the Witch Hunter novel is now available on amazon.com and amazon.co.uk! This is a revised and expanded version of the story that goes both further and deeper than the audio drama did!

Find it on Domien’s author page over at Amazon!

And we have a winner!

And the winner is…

Posted by Clark Kent Without Glasses  |  August 15, 2014 | Categories: Other stuff | Leave a comment

You can listen to it right here!

Posted by Clark Kent Without Glasses  |  August 13, 2014 | Categories: Other stuff | Leave a comment

A few more days left! Send us your design and win the e-book, the audiobook, the music score, wallpaper and illustrations + a credit in the final product! 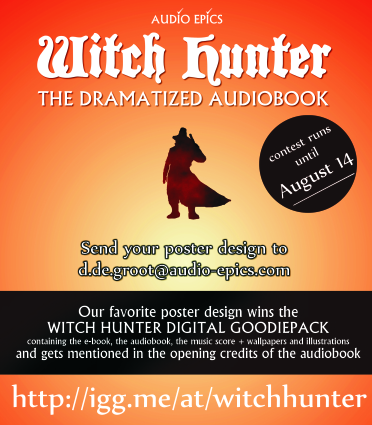 Posted by Clark Kent Without Glasses  |  August 11, 2014 | Categories: Other stuff | Leave a comment

spread the word on:

TWHC is:
Written by Domien De Groot | Directed by Eline Hoskens | Music by Peter Van Riet | read more about Audio Epics and our cast & Crew in the About section.

BrokenSea Audio Productions: from Conan to Planet of the Apes!

The Sonic Society: bringing you the best in contemporary audio drama
Radio Drama Revival: showcasing great audio drama from across the internet